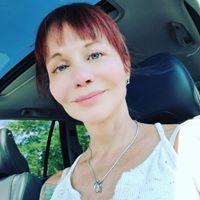 Annette Freeman grew up in Los Angeles, working in many aspects of the music industry – writing, recording, performing and paying her dues while honing her chops. She has performed from The Troubadour, to  Wong’s West, in LA’s rich music scene from the late 70’s through the early 80’s.  Anne has had her original songs featured on KLOS Local Licks and is currently writing and recording new material, for her personal project “Ghost Embrace .”

She recorded her first professional demo at Group Four Recording in the early 80’s, interned for the late great Gary Kelgin in the hay day of the Record Plant, and won a full ride to Northridge University, as a Vocalist.  Anne is professionally trained as a Certified Berklee Vocalist, and an experienced producer. Not to mention a professional audio engineer, earning a Bachelor of Science in Recording Arts, from the University of Colorado.

Her experience as a writer, performer, and an engineer, has  helped Anne define her own identity as an artist, and her ear for music production. From honing her chops in L.A.’s music scene in the Late 70’s, to the Colorado’s music scene today, she has developed a reputation for having a great ear for audio production. Understanding today’s commercial landscape, Anne is still focused on assisting artists in developing their own unique identity, as opposed to mimicking the style of other artists.

Vocal Performance Coaching : $40 for a Half Hour lesson.

Students are trained to perform live, which includes mic technique in a professional rehearsal studio. Recitals are held at the Wild Goose every three months. Vocalists are professionally trained to perform with a live band, on a large stage, in front of a live audience. Recitals are an additional $175 which covers lead sheets and backing musicians.

All lesson are payable via Zelle, check or direct invoice, on the first of each month.  Students have 48 hours to reschedule appointments, otherwise  forfeit  the lesson fee. (Exceptions are for Extreme Weather or Illness.)

Contrary to today’s cultural labels, a music producer is not a “beat maker.” Not sure where this concept came from, but nothing can be further from the truth. Music producers oversee all aspects of an artists audio production. They handle the budget, hire the musicians, schedule the studio time,  engineers, coaches, arrangers, and help the artist with quality control, from start to finish.

Join our YouTube Channel and stay up to date with our latest Videos.